When building your dream home, here at Hamlan we don’t want you to feel restricted by your circumstances. Whether you have a disability, have a young family or are a retiree, we believe everyone deserves to live in a beautiful home that’s safe, comfortable and meets all your needs.

Over the past year, our team has developed a standard range of homes specially designed to meet the needs of people with disabilities, the ageing population and young families.

The Lifestyle Range is the first standard range of accessible homes available to the Geelong region. The floorplans were designed for comfort, safety and access, and offers an affordable alternative to an expensive custom build.

The six new floorplans come standard with ramp entries, wider entrances and hallways and more accessible rooms for easy movement. These homes also offers special features such as hoists in bedrooms, handrails for walls, accessible powder rooms and bathrooms, and accessible kitchens for those in a wheelchair.

The range has received a stamp of approval by Livable Housing Australia and meets its platinum standards — the highest possible rating under their guidelines.

“We all lead diverse lives and we believe everyone deserves the chance to live in a beautifully designed and built home,” Hamlan General Manager Andrew Carroll says.

“Our new Accessible Range of homes have been designed so any one can move throughout them with comfort, ease and safety.”

Sam is one of Geelong’s biggest rising sports stars having competed in three World Para Athletics Championships and at both the London 2012 and Rio 2016 Paralympic Games. In Rio, he was just shy of scoring a medal in the 100m race.

Sam, who became a quadriplegic at 17, says Hamlan’s Lifestyle Range is just another step closer to a more inclusive community for people with disabilities.

“Saving for a home is expensive for anyone,” he says. “Statistically people with disabilities can earn as little as half of what someone without a disability is earning a week; when you need to add expensive modifications to the plans to make it accessible it can quickly become out of reach of your budget.

“So when it comes to choosing a home, having a choice of houses that are already modified for you is a huge benefit to its affordability.”

Sam will compete at next year’s World Para Athletics Championships in Dubai – an opportunity for him to qualify for the Tokyo 2020 Paralympic Games.

“For me personally, I want a home that looks as normal as possible,” Sam says.

“Not just a house that’s standardised or feels clinical when you walk into it. You want a home that’s well-designed and beautifully built because at the end of the day you want to walk into a house that feels like home.”

As with all Hamlan ranges — we wanted local names to embody each design. For the Lifestyle Range, each design was named in honour of an outstanding local person with a disability.

The people who represent the Lifestyle Range floorplans are:

Hamlan is proud to become the first builder in the region to develop a standard range of homes for people with disabilities, the ageing population and young families.

The Lifestyle Range has been designed so that anyone can move throughout each home with comfort, ease and safety.

And the range has received a stamp of approval by Livable Housing Australia, meeting its platinum standards — the highest possible rating under their guidelines.

Fronting the range is Ambassador and Paralympic Wheelchair Racer Sam McIntosh, who is a rising sports star and an advocate for greater inclusivity.

Whether you’re a first home buyer, a growing family or a retiree looking to downsize, the experienced, friendly and approachable Hamlan team are passionate about finding the right home to meet your needs.

Visit Our Homes section on our website to see all the Lifestyle range floorplans. 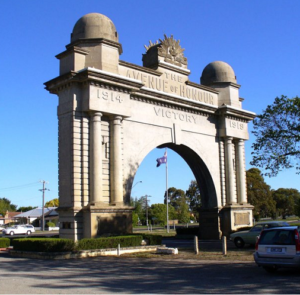 Why you should put Ballarat on your radar

Women on site: a new generation of female builders