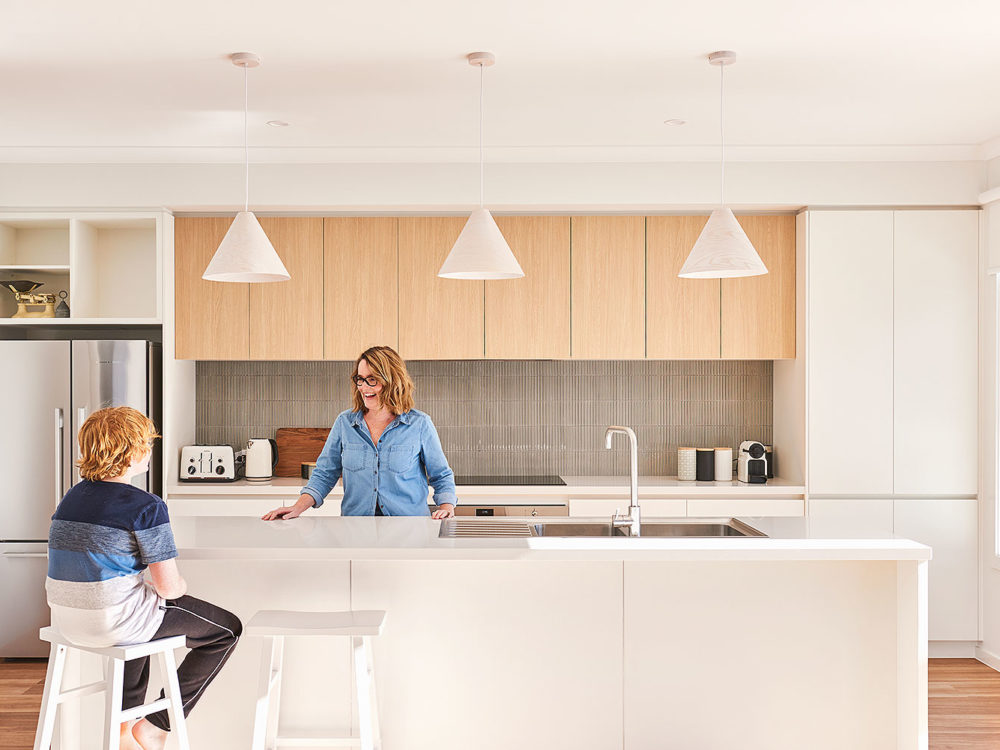 For 46 years Jac Radcliffe’s family has escaped the hustle and bustle of Melbourne on weekends and holidays to enjoy the slower pace of Barwon Heads. Jac’s parents bought their Barwon Heads holiday home back in 1975, when Barwon Heads was a sleepy seaside town that was mostly home to retirees. In the years that followed, Jac and her two siblings literally grew up in this home, from childhood to teen years to adulthood. But as the family expanded, and grandchildren came on the scene, their cherished holiday home, although well-loved, was definitely well-worn and in need of some drastic work.

Fast forward to today, and the three-bedroom, one-bathroom “beach shack” that was once their treasured holiday home has received a complete upgrade and has been reborn into a brand-new Hamlan home. And the family couldn’t be happier.

“We got lots from the old house, but it was little,” says Jac. “It was a three-bedroom, tiny little shack that we didn’t all fit in and it wasn’t that comfortable. We never all came down together because there wasn’t enough space.

“The new home will be better for our family. We don’t get together that often … we’ve all got different lives going on. Hopefully now, we can come down together. I think that I can say that our family will now be able to create lots of new memories down here.”

Jac spearheaded the build alongside her father during last year’s Victorian lockdowns. Both Jac and her father have renovated their own homes and experienced the challenges of that process, so the prospect of knocking down the old home and building a new home was very appealing. They started looking at display homes before they had even decided to rebuild and instantly fell in love with Hamlan’s Erskine 225 display in Oakdene Estate, Ocean Grove.

Jac says they were also drawn to the idea of using a bigger building company opposed to a more boutique builder as they wanted an easy, streamlined building process. She says choosing a builder like Hamlan allowed them to get their head out of the logistical details and concentrate on the bigger, and more enjoyable, decisions such as design and colour selections.

“It worked. It was on time. It was on budget. Nothing untoward happened. There were no surprises. When you renovate versus knock down and rebuild, that’s where you can come into a lot of costs that you don’t know about, and that’s what I am currently encountering with my own home.”

Jac says she was surprised at how personalised the service ended up being particularly with what she thought the process could be like.

“It was easy. Hamlan’s people were great, it was just the two people we dealt with throughout the whole process,” Jac said.

“You might feel like if you did build with a volume builder that it’s going to be this kind of faceless interaction, you’re just dealing with a big company and no one cares. It was not like that with Hamlan, it was more personal than I thought it would be. But with all the advantages of a large builder.”

Jac believes that it was Hamlan’s processes that made building a home during lockdown so easy.

“We trusted Hamlan were doing the right thing,” she says. “Fraser Gill ended up being our site supervisor and it was just really easy to deal with him. There was no nonsense. The Hamlan team communicates really well. And I knew what was going on.

“Chris Dooling (new home consultant) was great. We couldn’t be there for the demolition, which we really wanted to be, and he came past the house and took a video for us. If you have to surrender control, a builder like Hamlan is the perfect builder to have to surrender it to.”

The family chose to build Hamlan’s Erskine 225 with the Prism facade. Jac says there were two reasons why her family chose Hamlan as their builder―one was that it was a local builder who were experts in building coastal homes in the area and secondly, because of Hamlan’s great floor plans and facades.

“We wanted the home to fit it into our street and into Barwon Heads and Hamlan was the only one that had a facade that really looked like a beach house,” she says.

“There’s limitations on what you build in our area of Barwon Heads, you can only take up 40 per cent of the block. It also has to have a simple colour scheme. There’s all sorts of things that are required to maintain the feel of the neighborhood.”

The property has a north-facing backyard, making the Erskine 225, with its living space positioned to the back of the home, perfect for the block.

“Ultimately it’s a family beach house that lots of people use,” Jac says. “It had to be simple and robust in design.

“The old house had the living space at the front of the house, which is the south of the block, so it was always dark. You looked out and it was lovely to look at the tea trees and everything, but it wasn’t lovely to sit in.

“Our new beach house orients the right way for our block. It’s a north-facing, beautiful backyard. So we’ve got all living out the back, which is so nice. It’s gorgeous. It’s not completely finished. We haven’t done landscaping yet. And we’re going to get some art for the walls. But it is lovely.”

When Jac Radcliffe’s family outgrew her father’s 1970s “beach shack” holiday home in Barwon Heads, they couldn’t look past a knockdown rebuild to create a holiday home that suited their expanding family.

They chose Hamlan to build their new beach house because Hamlan are experts in building coastal homes for the region and offer a streamlined process that takes the stress out of the building experience. Hamlan’s designs also ticked all the boxes when it came to meeting the building requirements that maintained the feel of their Barwon Heads neighbourhood.

They instantly fell in love with Hamlan’s Erskine 225 display in Oakdene Estate, Ocean Grove and Hamlan’s iconic Prism facade. The design worked perfectly for their block, which has a north-facing backyard, and has provided all the space that they need for their growing family.

Despite building the home during Victoria’s lockdowns, Jac says the personalised service and communication made it an enjoyable experience and that if she could, she’d build again with Hamlan.

Do you have a home that’s in desperate need of some work? Have you considered a knockdown rebuild?

To learn more about building with Hamlan, contact us today. 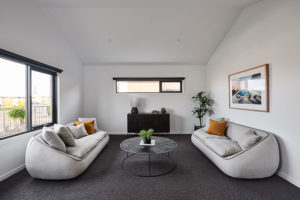 How to heat and cool your dream home

What flooring should I put in my new home? 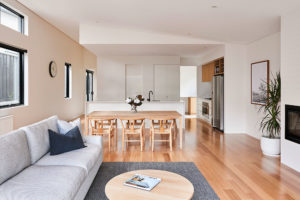