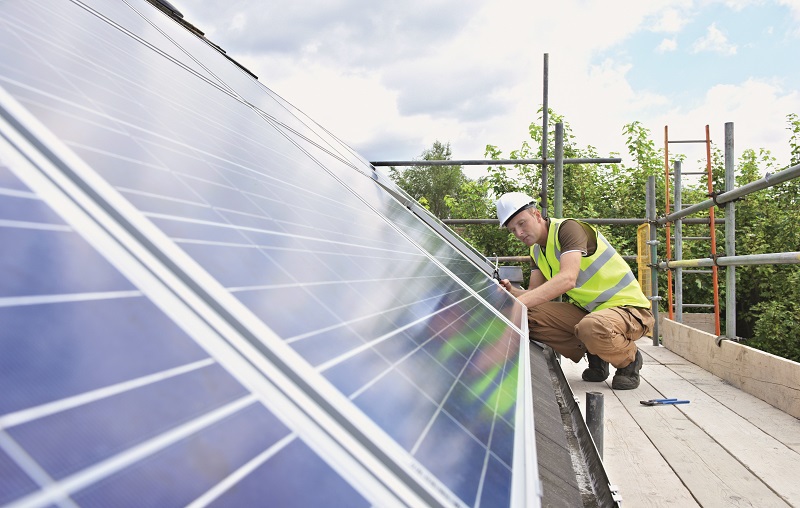 Using reliable, renewable energy to power your home can be easier than you think with the state-of-the-art Bradford Solar ChargePack, which includes Tesla Powerwall with backup.

The Bradford Solar ChargePack, including Tesla Powerwall allows you to store your solar energy away until you’re ready to use it — meaning you’ll always have electricity in your home and you’ll have the reassurance that your home will have power during unreliable times such as power outages.

As the first builder in Geelong to offer Tesla Powerwall as part of our standard inclusions, every Hamlan^ home now has this feature. And it not only saves homeowners thousands of dollars each year but provides more efficient sustainable energy that’s ultimately better for the environment.

How does it work?

The sun’s energy is captured by state-of-the-art Bradford solar panels on your roof. An intelligent inverter then converts the energy into electricity to power the home.

“In the past, the solar energy you didn’t use would go back into the grid, only to be sold back to you at night at a much higher price.”

What is Tesla Powerwall?

Tesla Powerwall is a rechargeable lithium-ion battery system that is charged by the electricity generated from your Bradford solar panels.

It can be monitored from any smart device with the Tesla app, allowing you to manage your energy, including utilising time based monitoring which allows you to charge Powerwall during non-peak times, therefore the battery can use the cheapest electricity to charge itself.

The sleek unit mounts on a wall in the garage and is connected to the grid to export excess energy. During a power outage, you can then use the energy stored in your battery to keep running your lights, Wi-Fi, air conditioning, heating and refrigerator.

It’s one of the most affordable home batteries in terms of cost per kWh. According to Bradford Energy.

If your electricity costs vary during the day, Powerwall can perform load shifting to maximise your savings. When electricity is expensive, Powerwall uses stored low cost energy to power your home.

Powerwall is also touch-safe; has a water-resistant and dustproof enclosure has a 13.5kWh capacity that covers an average families’ power requirements during the evening, and it has a liquid thermal control system that regulates its internal temperature to maximise battery performance in any climate. Powerwall also comes with a 10-year warranty.

Hamlan is known for building functional, beautifully finished homes. With a Bradford Solar ChargePack, including Tesla Powerwall, you can also create a greener home for you and your family.

^ Not included as standard in the Lifestyle range of homes.

To talk to us about this great inclusion.